This is the rollicking song to which the people of Mysore are awakened in every nook and corner of the city, during the 10-day elaborate customs for the festival of Dussehra that happens every year around October.

Dasara aka Dussehra or Vijaydashmi – the most awaited holiday season for Mysoreans! And why won’t it be? A festival that gained popularity owing to pompous celebrations laid down by the erstwhile Wadiyars – the royal clan of Mysore; and still continuing with the tradition, the city officials have ensured that the local people are pampered with innumerous cultural and entertainment programmes spread across the length and breadth of this beautiful heritage city. Mysore welcomes outsiders from far and near, in a warm embrace during this high-spirited ‘carnival’ and treats them to an endless line-up of events like, the classical song and dance performances in front of the Amba Vilas Palace, colourful flower-shows, mouth-watering food melas, detailed doll displays, baffling painting galleries at Jagan Mohan Palace, inspirational museums, exotic art-n-craft exhibitions, lively Yuva dasara functions, torch-light parades, laser-light shows…besides a variety of other contests, film-fests, traditional games, sports activities, discounted sales, so on and so forth.

ALSO READ: A DAY IN BHOPAL IS ENOUGH? Travelogue by Anima Chaudhary 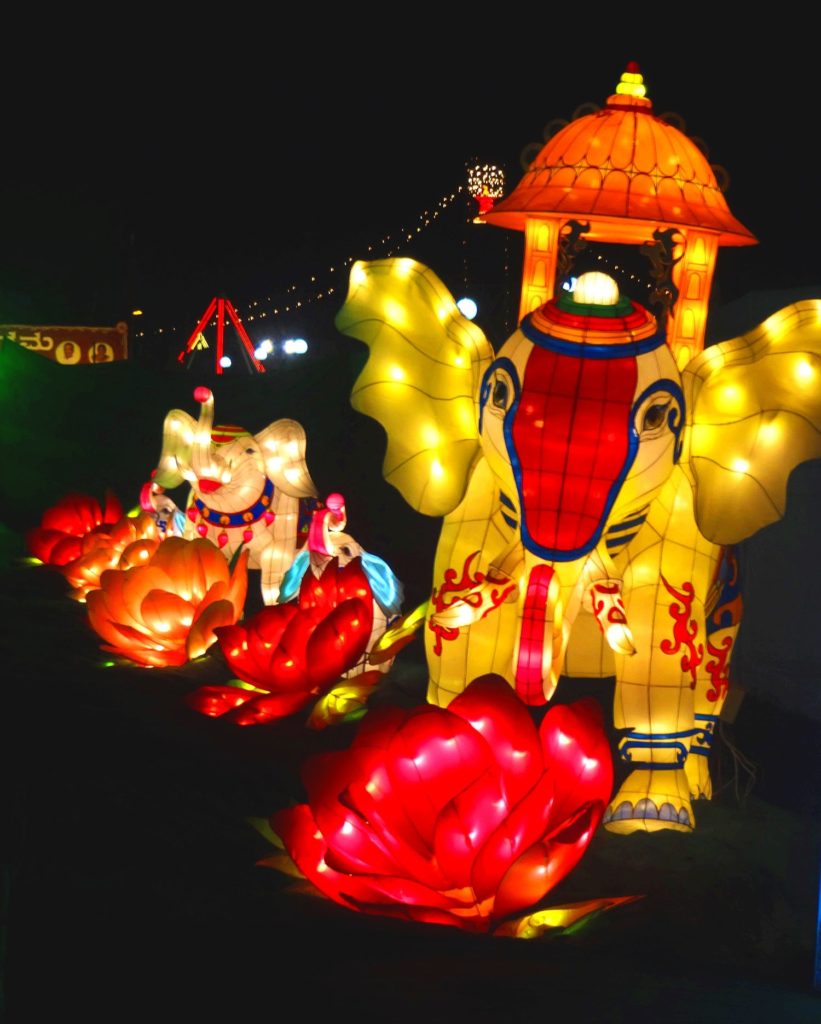 Apart from the significant rituals conducted ceremoniously within the Palace by its royal family members from time to time; the highlight of the Mysore Dasara always remains to be the grand “Jumboo Savari”, where the ‘Howdah’ elephant grabs the limelight, by carrying a 700kg-odd golden carriage with the sacred idol of goddess Chamundeswari on its back, and leads a Jumbo procession starting from the main Palace gates, on the tenth day being ‘Vijayadashami’, marking a deserving farewell to the long and joyous merrymaking.

It is of no surprise that a sea of people gather to watch this show-stopper elephant majestically taking its steps. Another trademark characteristic is the unveiling of the ‘Golden Throne’ in the Darbar Hall of the Amba Vilas Palace; this becomes a special attraction as it is kept out for public viewing only during these designated ten days in a whole year.

Unmissably, the most outstanding feature of every Mysore Dasara is the decking up of the entire city with ‘lights’! The main Palace is gorgeously lit up with more than a lakh of bulbs every evening, which no doubt draws hordes of tourists but also the localites, no matter how many times they would have already seen its splendor before. 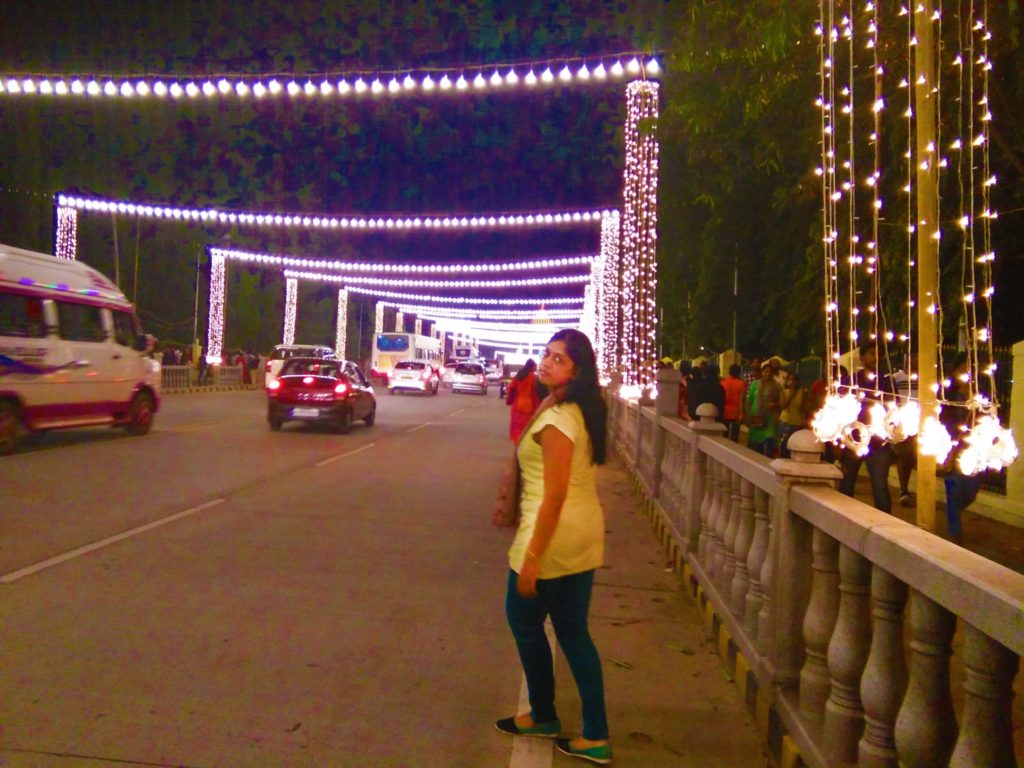 Also, all the major streets are embellished with eye-catching festoons and garlands of serial-bulb lightings, along with adorning the trees with varied coloured lights. Anyone having an aerial view of Mysore at night cannot escape feeling magical and dreamy, at the bejewelled look that the city lavishly presents itself with.

A useful tip FOR visitors:

Even if you get around visiting the touristy hotspots in Mysuru, in the recently introduced hop-on-hop-off open deck bus, you ought to take a gleeful ride on one of the horse-pulled carts at least once to evoke an authentic feeling of the past legacy!

Other travelogues written by Sandhyaa: 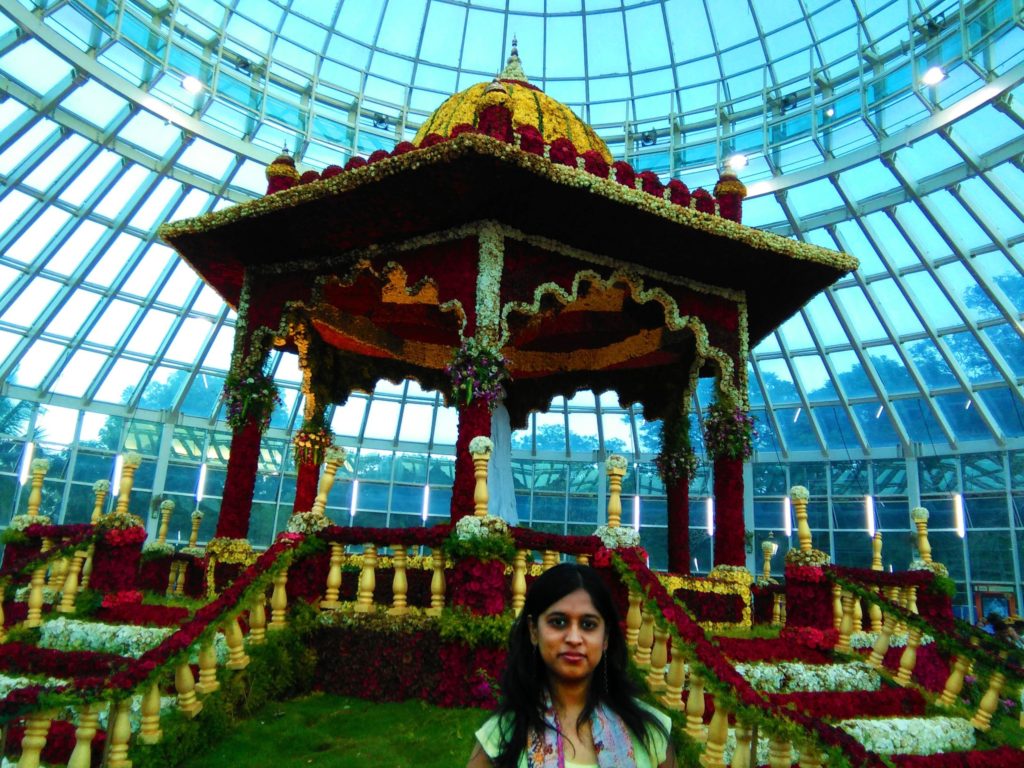