India is a land of diversified flora and fauna. Its natural beauty and habitat has always attracted tourists from all across the globe. Experiencing the thrill and adventure of Jungle safaris has always been on top of the list of nature and animal lovers. If you are the intrepid one who has been planning to travel to a place in India that has got abundant wildlife, adventure and thrill, here’s our list of India’s best jungle safari destinations you must visit once in your life. 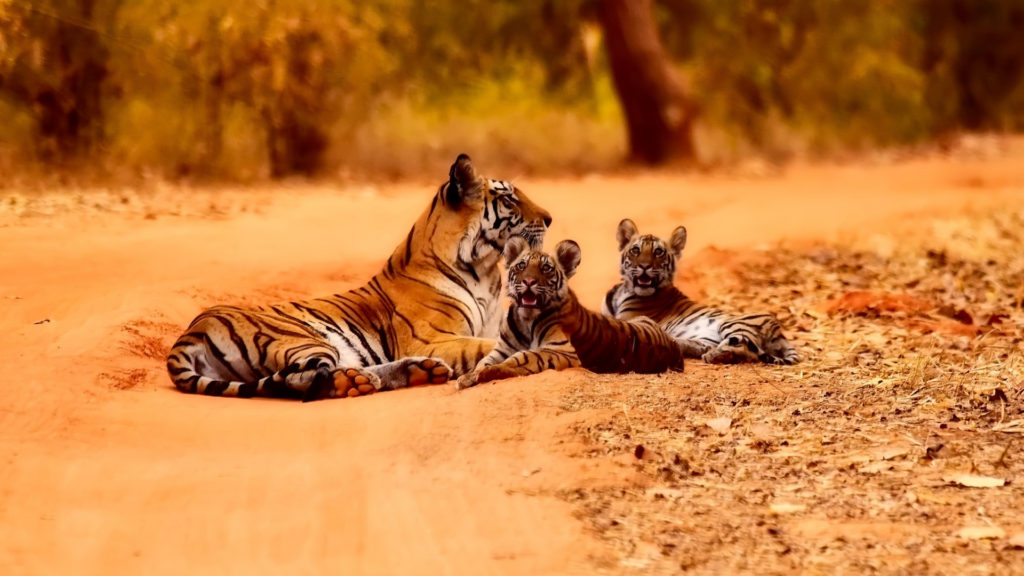 Jim Corbett National Park or Corbett Tiger Reserve is India’s oldest national park and was established in the year 1936 to protect the Bengal tigers. Tourists from across the world visit this popular national park to see the royal Bengal tigers. It is located in the Uttarakhand state of India and an ideal time to visit this tiger reserve is between November to June. This national park spans over 520 kilometres and is also a home to leopards, barking deers, hog deer, Himalayan black bear, chital, Himalayan goral, Indian pangolin, gharials and many other species. For bird lovers too, this national park has plenty of attractions such as little green bee-eaters, Pallas’s fish eagle, Tawny fish owl etc. 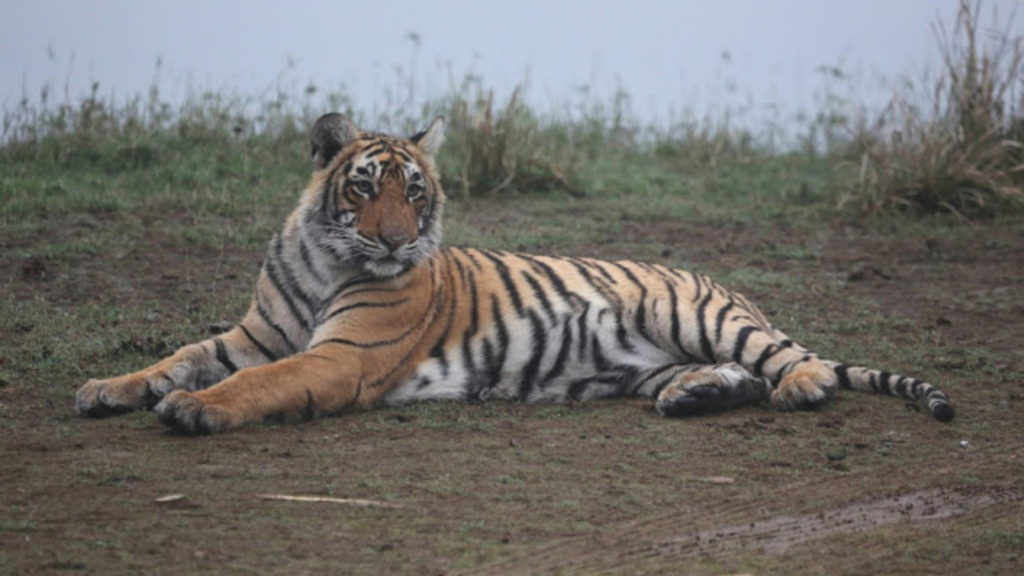 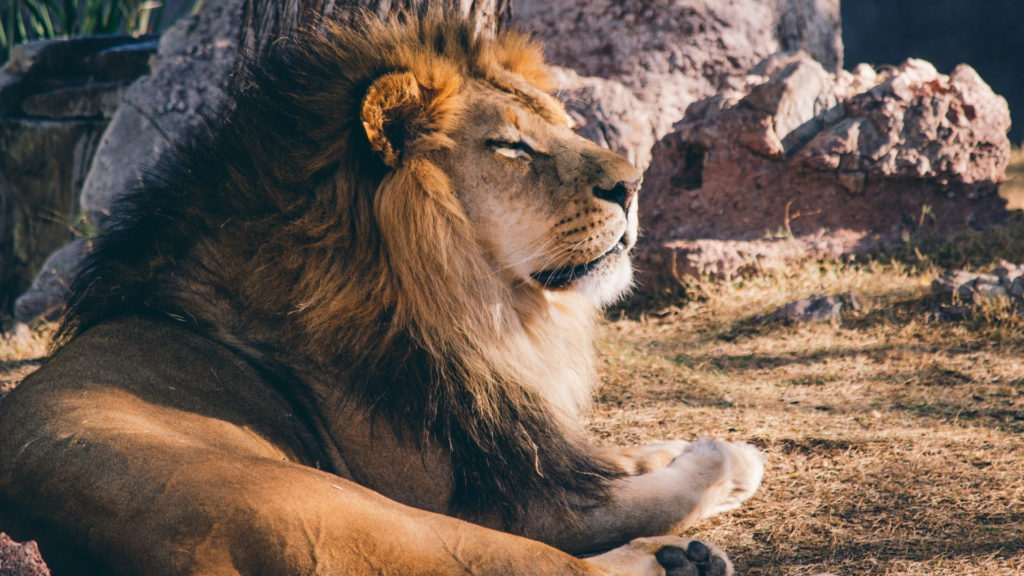 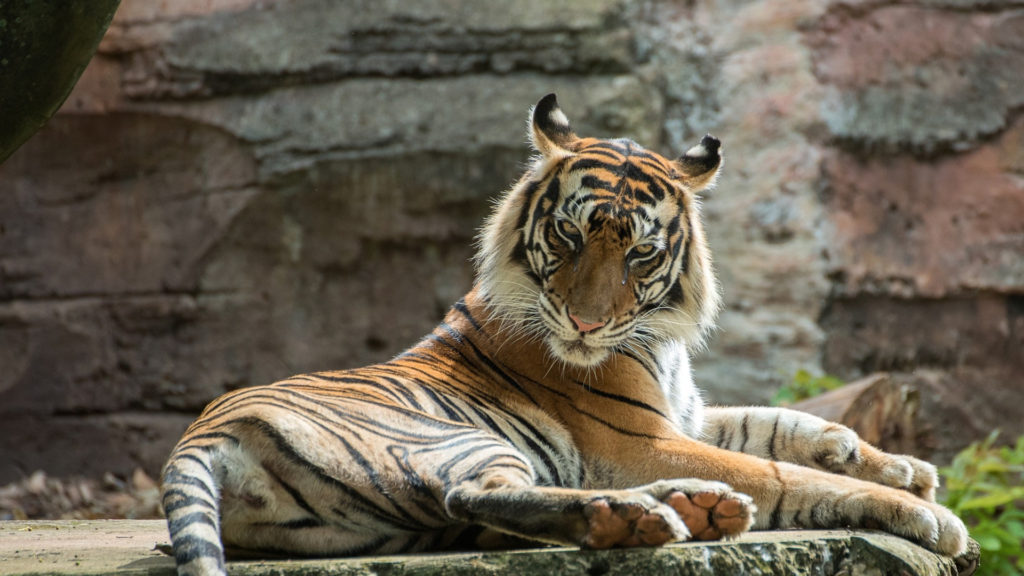 Sunderban National Park is a vast mangrove forest located in the West Bengal state of India; adjacent to Bangladesh’s Sundarban Reserve Forest. This national park is the home of the royal Bengal tigers and many other endangered species. Rarely seen anywhere else in the world, the tigers of Sundarbans are able to swim in the saline waters and have reportedly attacked humans numerous times. It is between October to April when these tigers can be seen resting on the river banks. Apart from the tigers what resides in the Sunderbans are Macaques, Fishing cats, Leopard cats, Wild boar, Fox, Indian grey mongoose, Chital, Pangolin, Jungle cat, Flying fox etc.

The jungles of Kanha have been an inspiration to Rudyard Kipling’s famous book, the ‘Jungle Book’. Officially, the Kanha National Park, located in the Indian state of Madhya Pradesh, came into the existence in the year 1955. For those who want to experience the sighting of Tiger roaming freely in its very own natural habitat, Kanha National Park, also known as Kanha Tiger Reserve, is the right most place to visit. The best time to visit Kanha National Park is between October to May. Besides tigers, Kanha forests are also home to the endangered Swamp Deers also known as Barasingha. The forests stretch over 940 square kilometers and also accommodate Indian leopard, sloth bear, Indian wild dog, blackbuck, Indian wolf, hyena, fox, porcupine etc. 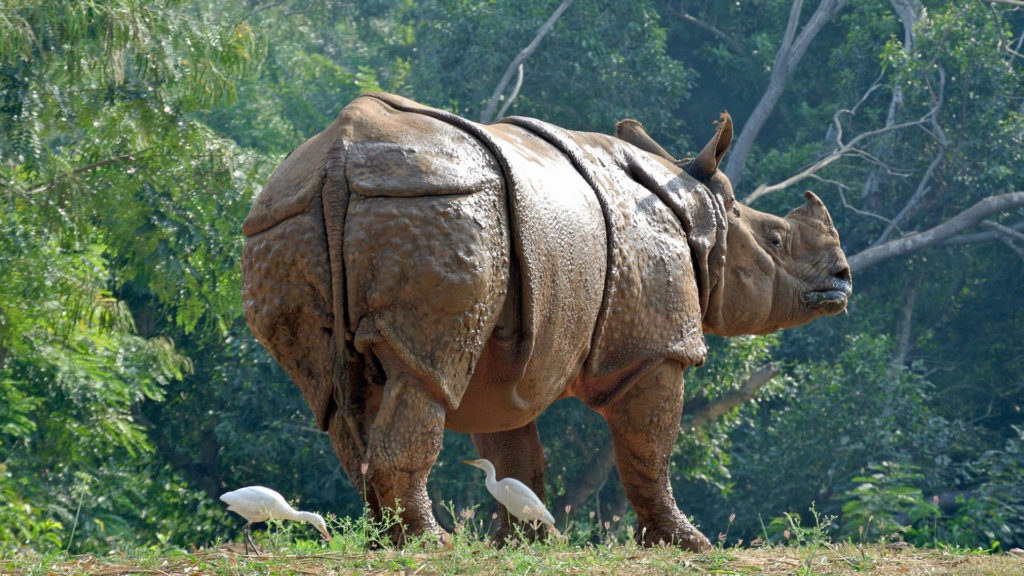 Kaziranga National Park is located in the Indian state of Assam and is spread in an area of over 430 kilometers. It is popularly known for being a home to over 2,400 one-horned rhinoceroses. This eastern Himalayan forest reserve is also an abode to other wild species such as tigers, elephants, wild water buffalo, swamp deer, wild boar, Bengal fox, sloth bear, golden jackal, Chinese pangolin, hog badger, Indian pangolins, Chinese ferret badgers etc. 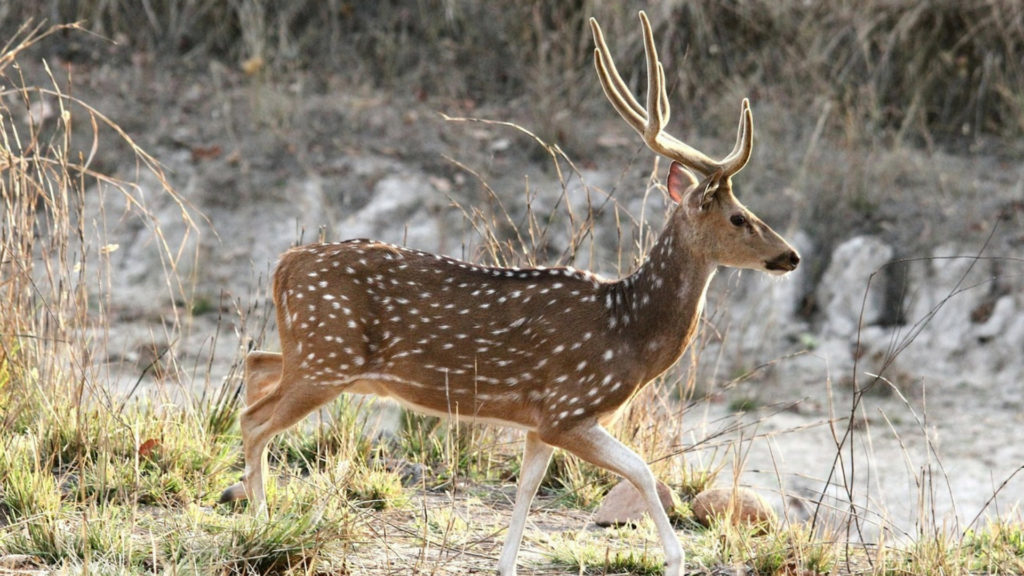 Bandhavgarh National Park, also known as Bandhavgarh Tiger Reserve, is another fabulous place to go on a jungle safari in India. This national park is located in the Madhya Pradesh state of India and is spread across 105 square kilometers, and also includes buffer area of around 400 kilometers. The flora and fauna of this national park is worth a view and wildlife lovers usually come here to see the Royal Bengal Tigers in their natural habitat. The best time to visit Bandhavgarh Tiger Reserve is between the months of October to June. 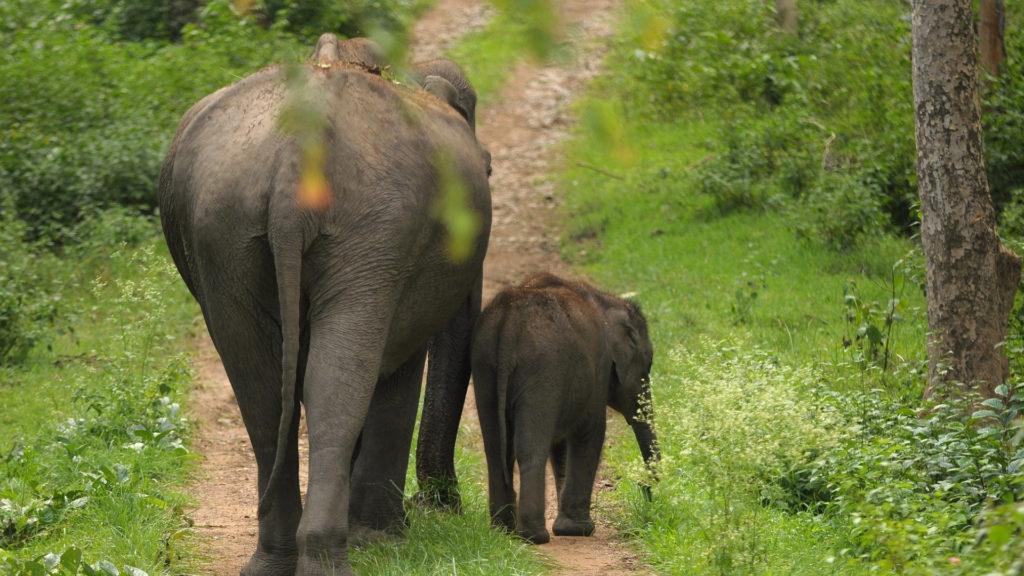 Periyar National Park and Wildlife Sanctuary, located in the Kerala state, is one of the most popular wildlife reserves in India’s southern region. Also known as Thekkady, this wildlife reserve is spread across 777 square kilometers and shelters endangered wild species like langurs, wild boars, elephants, tigers, sambars, gaurs, wild pigs, sloth bear, bisons and many others. The beauty of this forest reserve is worth a view during the months of September to April. The majestic outlook of Periyar Wildlife Sanctuary is further upraised by its beautiful artificial lake. 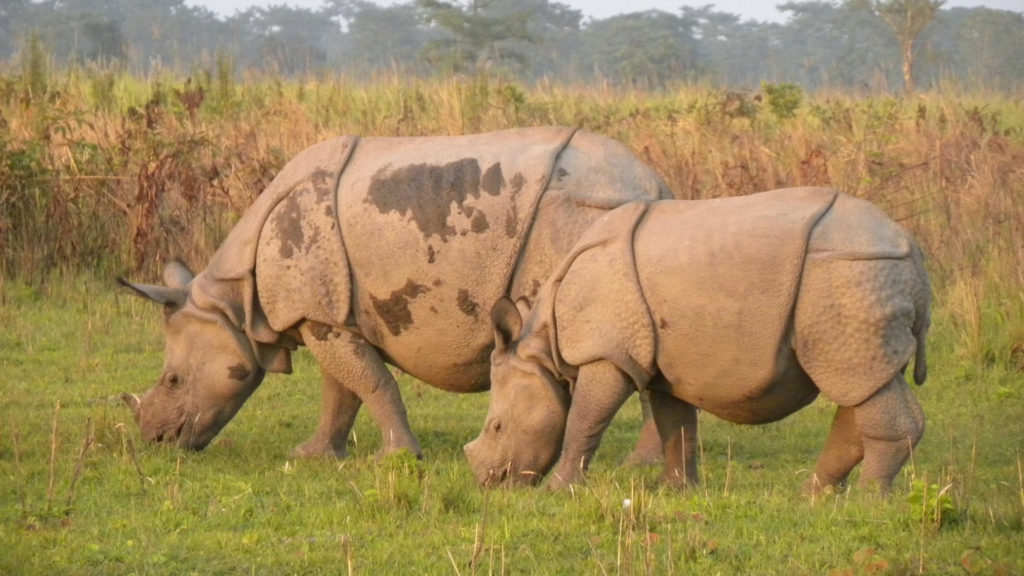 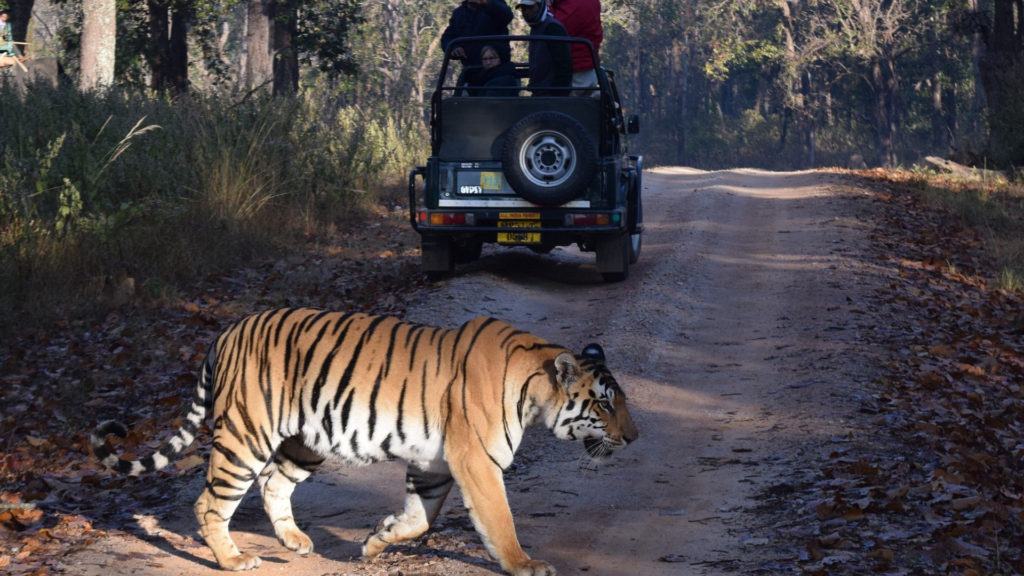 Tadoba National Park, also called, Tadoba Andhari Tiger Reserve is located in the Chandrapur district of Maharashtra. This national park is spread across 1727 square kilometers and is among the 47 project tiger reserves of India. Wildlife lovers come here at Tadoba National Park to see the Royal Bengal Tigers residing in their natural habitat. The ideal time to visit Tadoba Tiger Reserve is between October to June. Like many other popular national parks in India, wildlife lovers can experience the Jungle Safari here in an open top gypsy. Both the flora and fauna are worth watching here at Tadoba National Park. Terrains, meadows, deep valleys, hillocks and plains make this place diversified and apt enough to house wild species.

Pench National Park is located in Seoni and Chinndwara districts of Madhya Pradesh. This place also finds its name in ‘The Jungle Book’, written by English Author Rudyard Kipling. The beautiful jungles of Pench sprawl over 758 square kilometers and are worth viewing for their incredible flora and fauna. 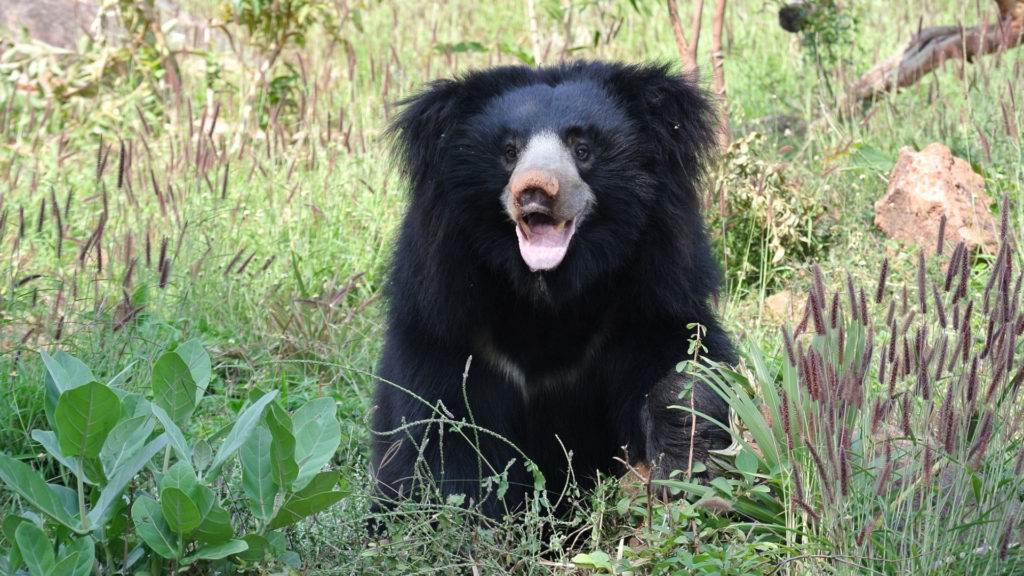 Satpura National Park, also known as Satpura Tiger Reserve is located in the Madhya Pradesh state of India. This national park is spread across 2133 square kilometers and is quite famous for its jungle safaris. The best time to visit this national park is between October to April.

Hemis National Park is a high altitude national park with an area of around 4400 square kilometers. This national park is located in the eastern Ladakh region of Jammu & Kashmir state and was established to safeguard the snow leopards in India. Its widespread area makes it South Asia’s largest national park. It is situated amidst Himalayan mountain ranges and the weather is usually cold here throughout the year. The natural beauty of Hemis National Park is awe-inspiring due to its scenic landscapes. Best time to visit this national park is between May to September.

READ ALL ABOUT JUNGLE SAFARI